This event will be held in the Community Room of the Seaside Public Library. Admission is FREE.

Lisa Lynne & Aryeh Frankfurter specialize in Celtic Harps, Swedish Nyckelharpa, Ukrainian Bandura, Bouzouki, Cittern and more. They hail from San Francisco and tour extensively, each with successful recording and performing careers built from years of street performing and a background as rock musicians. They have performed with some of the biggest names in folk and acoustic music and have sold well over a million albums combined.

Lisa Lynne has gained worldwide recognition for her original music featuring her Celtic Harp. She is widely acclaimed for composing memorable and heartwarming melodies on the Windham Hill/Sony music labels that have repeatedly placed in the Top 10 & Top 20 on the Billboard New age music charts. Her innovate work in Therapeutic music and “Hands-on-Harps” programs have gained national recognition. Lisa performs and teaches year-round and was named one of the 50 most inspiring women by Los Angeles Magazine.

Aryeh Frankfurter is a renowned multi-instrumentalist whose career has journeyed from virtuosic progressive rock violin to intricate Swedish folk and Celtic Music. He began with classical violin at the age of three and has studied music throughout his life. He has over 20 albums to his credit, works on film and television scores as composer and arranger, and continues to teach himself to play a variety of instruments.

The Seaside Public Library is located at 1131 Broadway. For more information call (503)738-6742 or visit us at www.seasidelibrary.org or www.facebook.com/seasidepubliclibrary 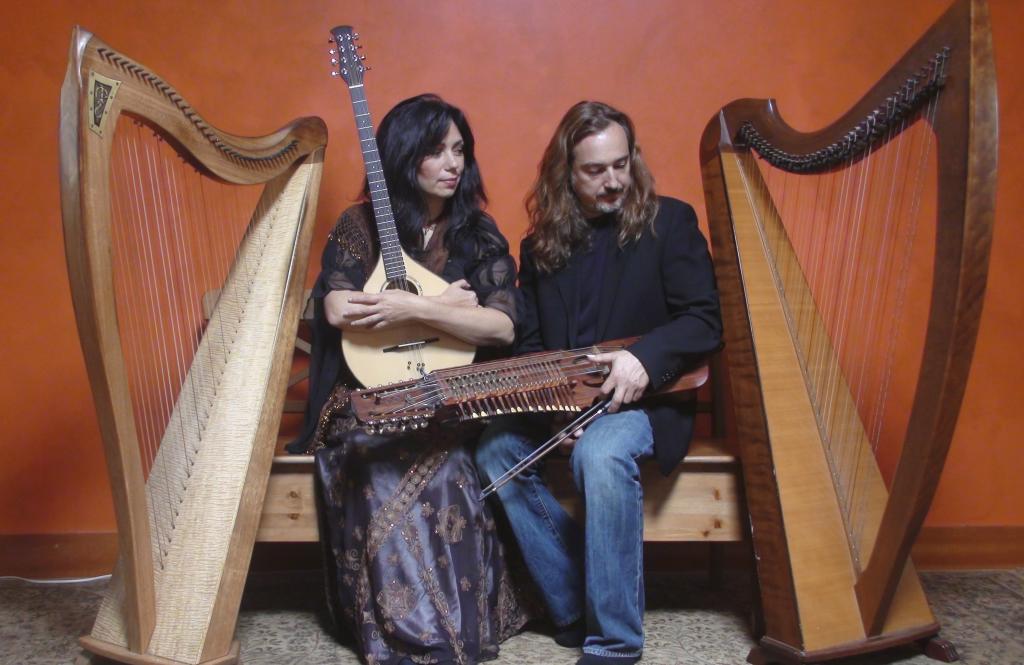